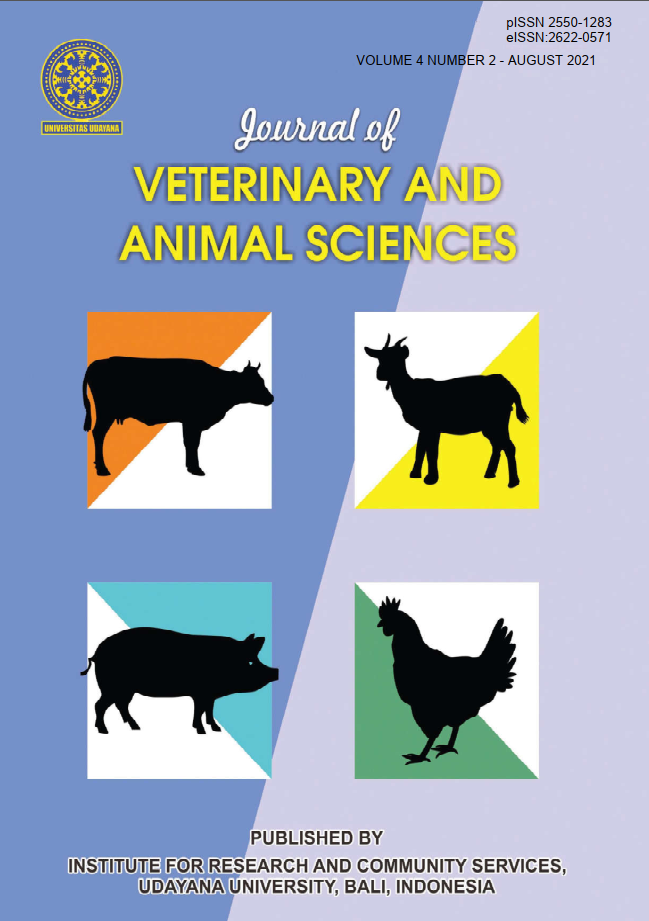 Lactic acid bacteria SR4 strain is known to have potential as a probiotic source according to the previous study. The isolate derived from the gastric’s juice of bali cattle has characteristics such as its resistance to growth at low pH, namely pH 2, 3, and 4, its tolerance to bile concentration of 0.6 mM, and its inhibition against Gram-positive and negative bacteria. On the other hand, a complete molecular analysis of the isolate has never been carried out. Based on these considerations, the molecular analysis of the LAB SR4 strain becomes interesting to present. The study was initiated by cultivating LAB SR4 isolate on an MRS broth medium. The isolate was further confirmed molecularly through analysis of the 16S rRNA gene which was initiated by isolating genomic DNA followed by PCR  reaction using universal primers 27F and 1492R. The PCR product of the 16S rRNA gene was sequenced and further analyzed using the MEGA 5.2 software. The data were then analyzed descriptively and presented in the form of tables or figures. The results showed that the LAB strain SR4 was identified as a Pediococcus pentosaceus. This strain potentially to develops as a source of bacteriocin and it can be applied as a bio preservative, improvement of the meat taste, inhibition of inflammation, and also as antagonism of cancer.