Effect of Enhanced Air Temperature (extreme heat), and Load of Non-Linear Against the Use of Electric Power

Fires that occurred in 2014, namely 109 events, 44 is  event caused by an electric short circuit (approximately 40%). Decrease power factors can cause losses of electricity and hot. Heat can cause and adds heat on the  conductor electric.

The analysis showed  understanding electric power of the average  is 27,700 with value between 20 to 40. So an understanding of the electrical power away from the understand so that many errors because of the act own. Installation tool ELCB very necessary but very necessary provide counseling   of electricity to the community. 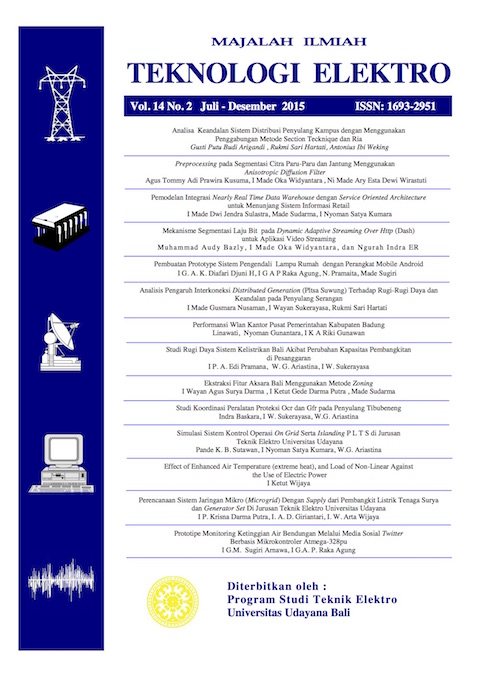