from medical records of refractive error in anisometropic patients on April 2016-August 2017 period, and

involved 62 patients as research subjects based on consecutive sampling.The results of this study showed that

from 62 anisometropic patients, there were 56 patients (90%) affected amblyopia. Based on the

sociodemographic aspect, the highest number of patients with amblyopia in the children age group were 24

peoples (43%), females more than males were 37 peoples (66%), the majority of patients living in Denpasar

were 28 peoples (50%), and the students were the most type of occupationin amblyopic patients is 35 peoples

affected on both eyes (ocular dextra sinistra) about 35 peoples (63%). The type of refractive error was found to

research, it can be concluded that subject who were affected amblyopia in anisometropic patients most at age

both eyes, astigmatism, and the uses of spectacles were found to be the most of the subject. 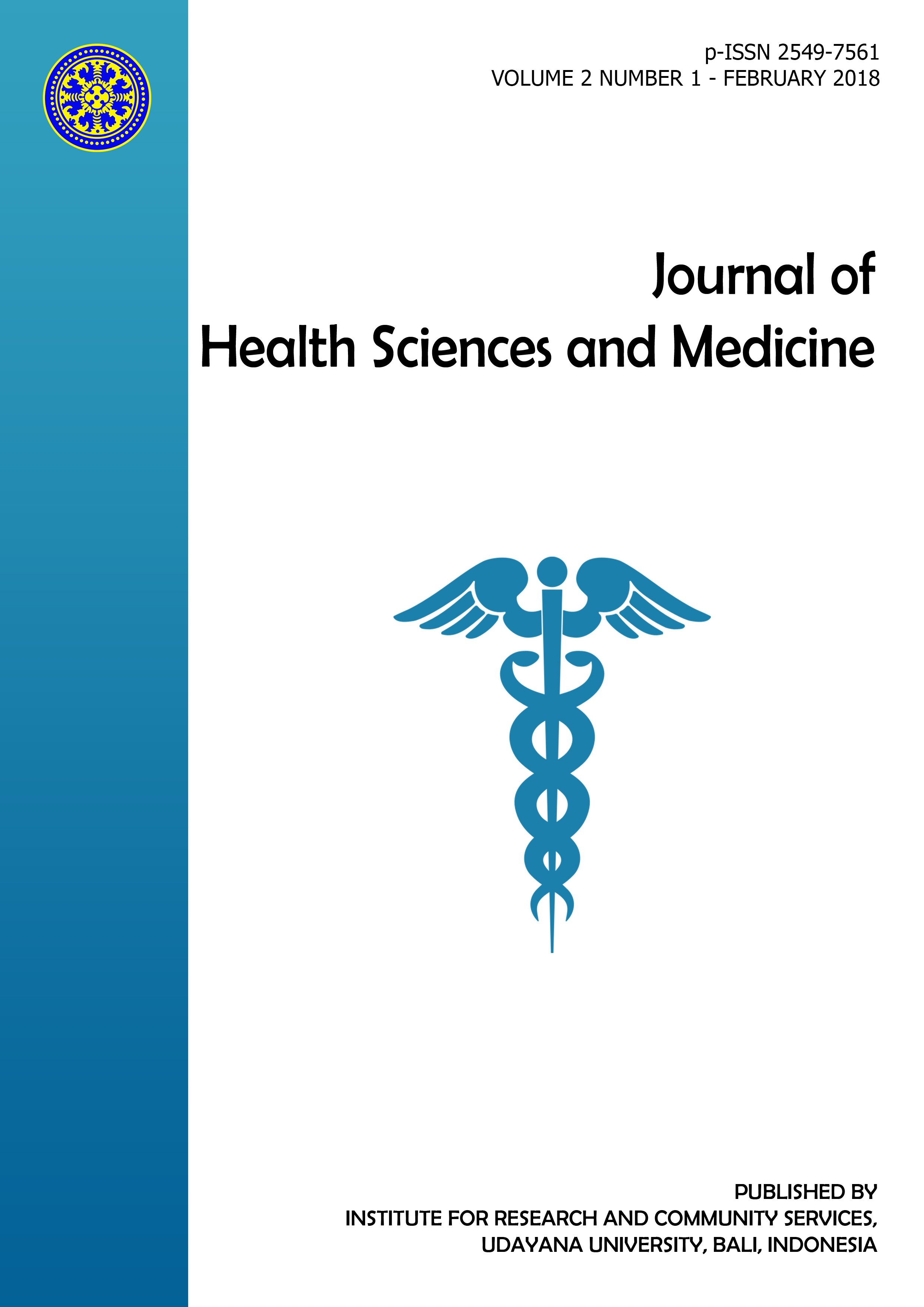 Journal of Health Sciences and Medicine