Melon (Cucumis melo L.) is a horticultural plant which is included in the Cucurbitaceae group and is highly favored by the community. The development of melon cultivation has faced some obstacles that cause the level of consumption of melon can not be fulfilled. Viruses in plants have a wide range of hosts including several weeds that can be alternative hosts and as a source of inoculums. Potyvirus group is the largest group of plant viruses and plays an important role in causing harm. This research was conducted to determine whether weeds can potentially as an alternative host of Potyvirus so that they can be used as reference materials for academics and farmers so that they take strategies to control weeds in melon plants. Variations in symptoms found in the field include mosaics, vein banding, vein clearing, and chlorosis. The method used in this study was the Polymerase Chain Reaction (PCR). The research activities include (1) sampling and (2) detection and identification of potyviruses in weeds.  The results of this study found that Euphorbia heterophylla weeds could become alternative hosts for Potyvirus. The RT-PCR technique succeeded in amplifying target DNA fragments measuring 683 bp according to the CIFOR / CIREV universal primers used in samples from Denpasar. 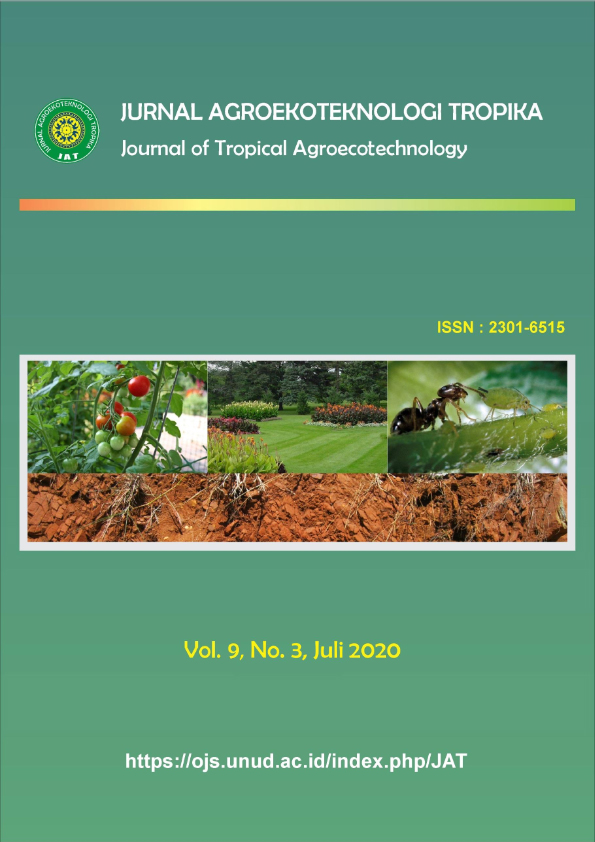