The effect ot the type of herbicide to controlling weeds and the increasing the
growth and yield of rice plants in tabelaltot planting system.

Rice plants are the most important crop cultivation because most of the
population makes rice as a staple food. Efforts to support the fulfillment of rice needs
are made by maintaining rice productivity. Increased rice productivity is currently still
experiencing obstacles such as in improper crop cultivation techniques and problems
in weed control, therefore proper weed cultivation and control techniques need to be
assessed. The purpose of this research was to find out the type of herbicide that is most
effective in controlling weeds and can increase the growth and yield of rice plants in
tabelaltot planting system. This study used a randomized block design (RCBD) with
4 treatments, namely control (without herbicide treatment), logran herbicide,
metafuron herbicide and benfuron herbicide. The treatment was repeated six times.
The results showed that the herbicide treatment significantly affected the weight of the
dried grain harvest compared with control. Logran herbicide treatment showed the
highest dry grain weight of ha-1 harvest was 8.38 tons / ha-1 and significantly different
from the control of 6.00 tons / ha-1, the high yield was due to the ability of logran
herbicide that could suppress growth of the highest weeds, namely 77% compared to
herbicides metafuron namely 57% and benfuron namely 56% and significantly
different compared to controls, the competition that occurred between rice plants and
weeds in logran herbicide treatment was less so that it made yields increase. 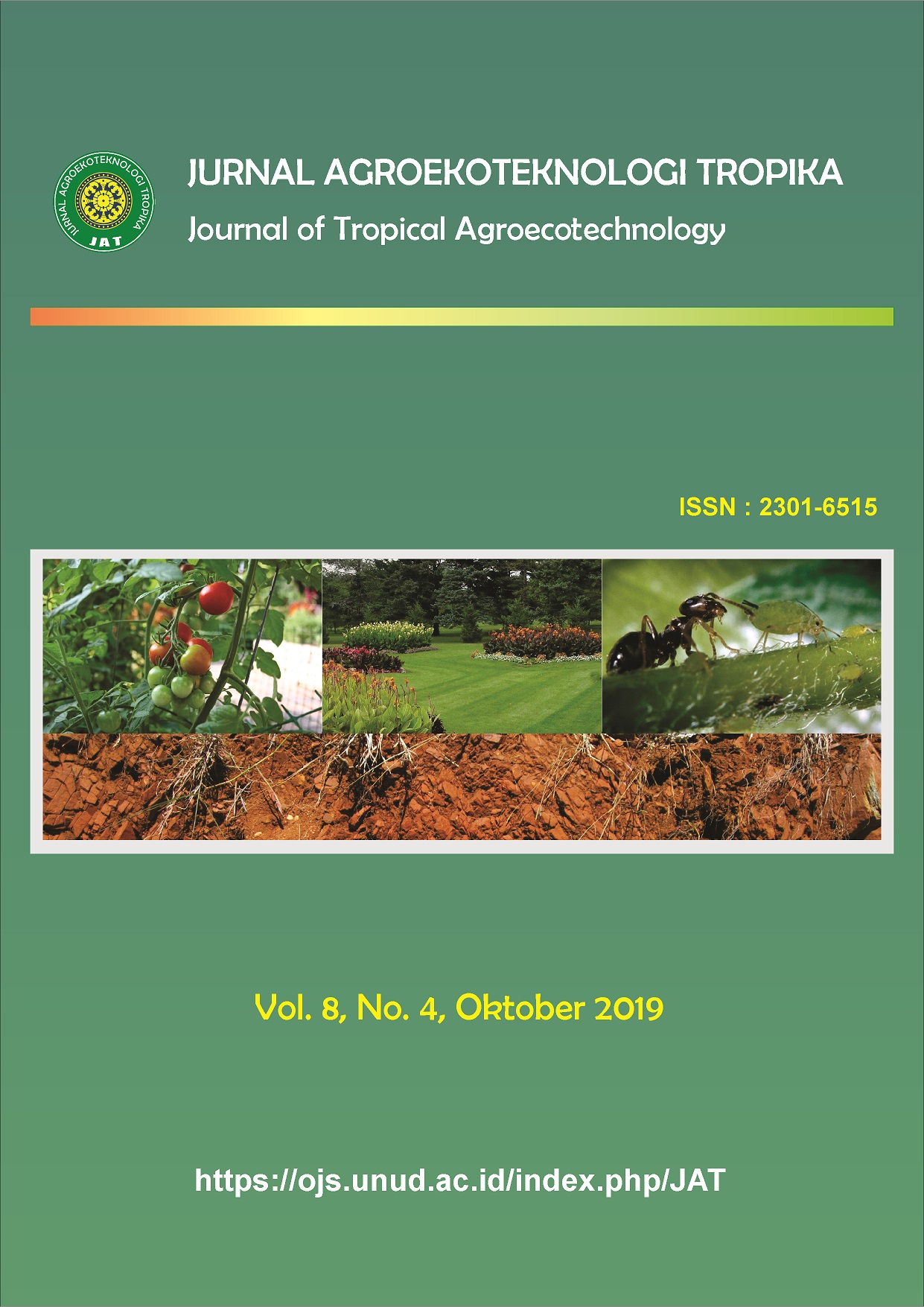