Red Chili is one of the mainstay commodities in Bali Province which become the source of income of farmers and foreign exchange of state in agriculture sector of this plant lot cultivated in indonesian both in lowland and in plateau, one of goal in cultivation business is pest aphid (Myzus persicae Sulzer). This research was conducted to find out the invasion pattern, population abundance, percentage of attack and population relation with production. The study was conducted from December 2016 to February 2017, the study was conducted in the Sedang Village( 120 m dpl), Kerta Village (573 m dpl), Sukawati Village (90 m dpl) and Keramas Village (81 m dpl) of the Bali Provinces.The results showed that for aphid invasion had started while colonization had started at week 3 after planting. The lowest population abundance of M. persicae is found in Keramas village and the highest is found in Sukawati. As for the lowest percentage of attacks occurred in the village of Keramas and highest in Sukawati Village. So production has a negative relationship with the population of M. persicae with M.persicae populations, the higher the M. persicae population the lower the chili production. 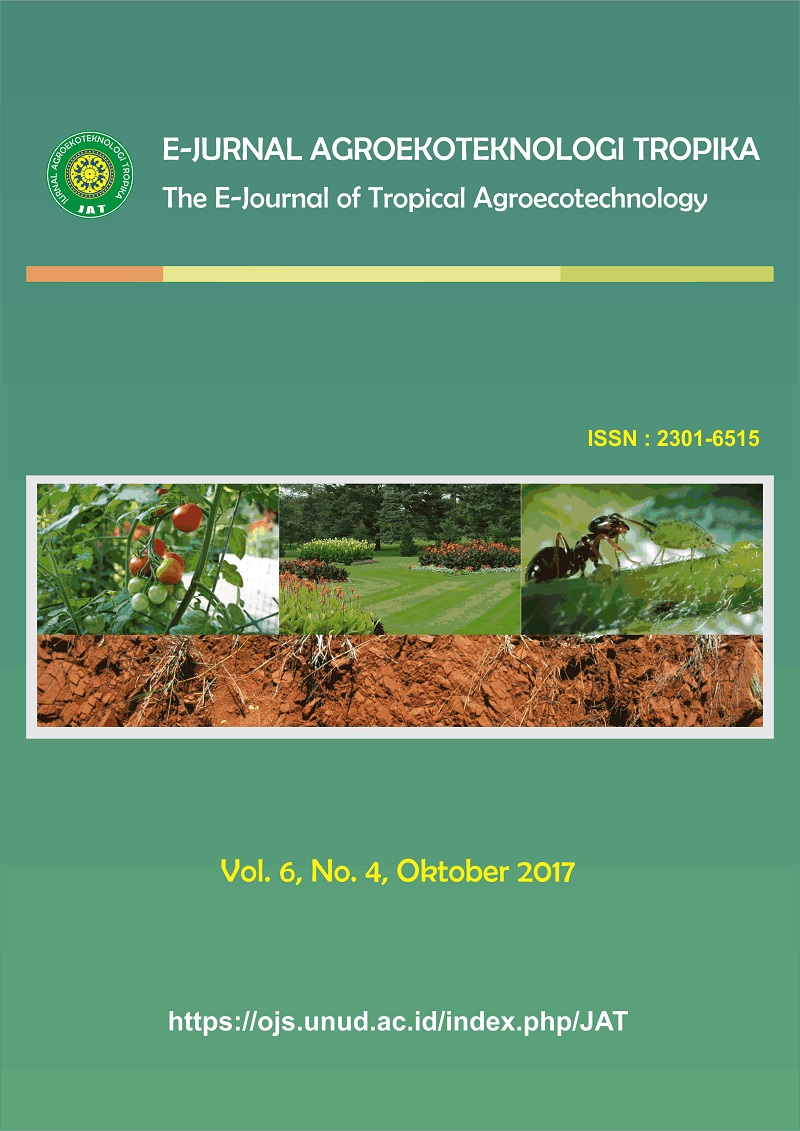