Most women act as housewives, in addition to being active in household activities,
rural women are also participating in rice farming activities from land-processing to
harvesting. The study aimed to determine the role of gender in rice farming seen
from three aspects, namely activity profile, access profile, and control profile
(decision making). The research method used is survey method with interview
approach. Data analysis was conducted descriptivelywith qualitative and quantitative
methods. The findings showed that the role of women and men is different in every
farming activity. (A) The profile of activity in the outpouring of male labor is greater
than that of women, the average outpouring of male domestic labor is 199.16 hours
per cultivating season and women is 123.41 hours per season with an average land
area of 6, 64 ares. (B) In the access profile, men have greater access of 78.06% while
women of 21.94% ,. (C) The women's participation control profile is very low
compared with men, it means that the pattern of decision making is dominated by
men up to 96.08%. Based on the results of research, it can be suggested that women
should play an active role in productive and non productive work. Men are advised
also to assist in the housework to relieve women's work so that the housework is not
neglected. It is also expected to involve women in the extension so that they can
increase participation in their farming activities. 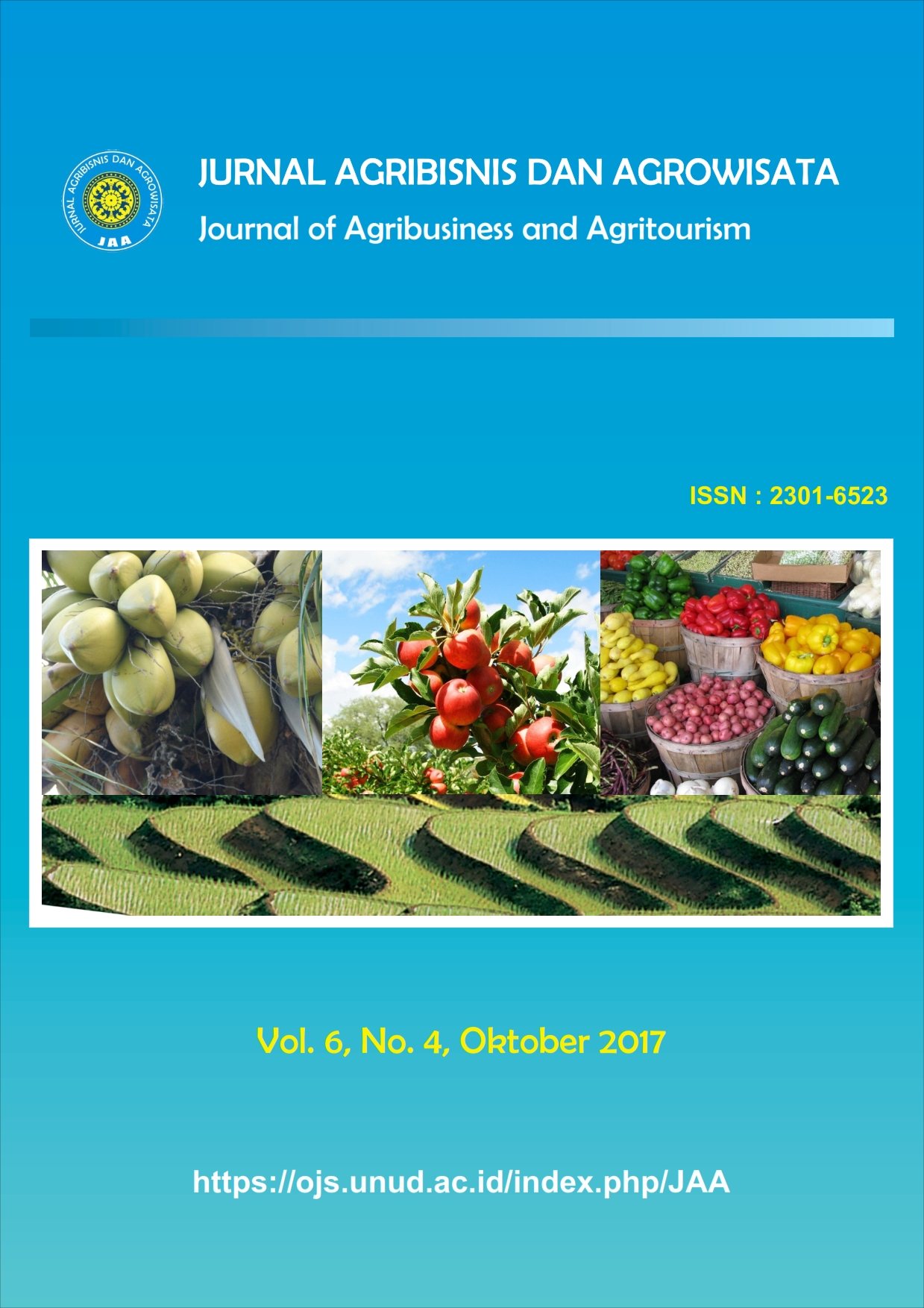