Fisheries potential contained in Denpasar into its own records in an effort to increase aquaculture production in an effort to meet market demand for catfish in the province of Bali. Denpasar city is the economic center in the Province of Bali which rely on the tourism sector, in addition there are other sectors that are still not optimized which became the supporting sectors of the tourism economy is agriculture aquaculture catfish. The continued development of the economy of the city of Denpasar and many protein content in catfish make a lot of businesses that provide home eating catfish catfish so demand will increase. However, the production is still small, the demand for catfish still can not be met. This research was conducted in Denpasar with a population of 50 groups taking catfish farming. The data were collected by distributing questionnaires and in-depth interviews. Furthermore, the data that has been analyzed with multiple linear regression analysis using SPSS version 22. 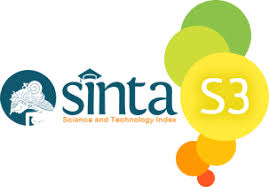