Development of the population and the increasing demand for health services has led to the increase in the number of hospitals, both government hospital and privet hospitals. The presence of ammonia as a result of protein decomposition can be toxic in the waters. The application of anoxic-oxic biofilter system is an attempt to be able to reduce ammonia levels in hospital wastewater. In the process of anoxic-oxic biofilter, contact occurs between the gravel media and microorganism to form biofilms which can accelerate the degradation of organic matter and the nitrification process.

This study aims to obtain the best activated sludge source in reducing ammonia levels of wastewater applied to the anoxic-oxic biofilter system applied. This research was contucted in two stages in which the first stage of active mud nursery was carried out from three sources, namely WWTP Wangaya Hospital Denpasar, WWTP of PTN Hospital Udayana University and WWTP of Bangli Hospital for six days. At this stage a Mixed Liquor Volatile Suspended Solid (MLVSS) value is measured which shows the growth rate of biomass in activated sludge. The second stage is applivation of avtivated sludge and control to the anoxic-oxic biofilter system to reduce ammonia levels in hospital wastewater for five days of processing. This study use a randomized block design with four treatments and three replication.

The results showed that the best activated sludge was obtained through nursery from WWTP of Wangaya Denpasar Hospital which was shown by the highest biomass growth (MLVSS Value) of 2433.3 mg/L and the highest reduction in ammonia reached a final level of 0.53 mg/L. The levels of effectiveness of the process of decreasing ammonia levels by 94.70% and has been able to pass the specified quality standard effectiveness percentage (90%) for five days of processing. The value of this effectiveness is the highest compared to the controls and other activated sludge treatment. 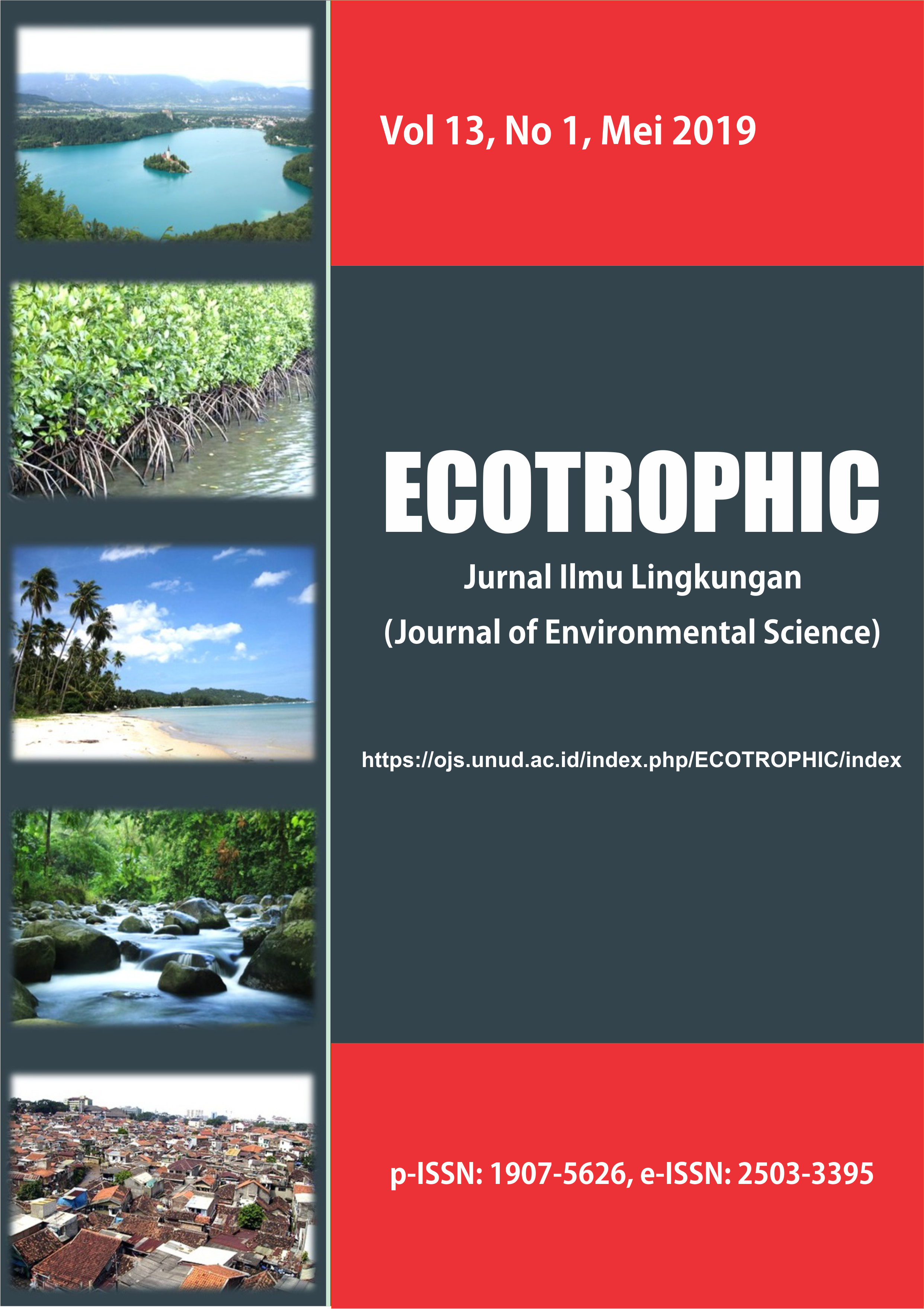