The research was to know the type of pollution which contaminates the waste water of Animals and birds slaughterand to know the level of contamination of river water of Subak Pakel I river from the waste water of animals and birdsslaughter at Darmasaba Village.The research was held in February-March 2008. The sample of waste water was taken at location of cow, pig andchicken slaughter house which was repeated three times. Meanwhile, the sample of river water was taken at the upper course,middle and at the end part of the river with six times repetition. The results of analysis on 12 parameter of the waste water isused to determine typical of pollution and 13 parameter of river water was used to determine pollution index of river waterreferred to Bali Governor Act no. 8 year 2007.The result of the research shows that the typical pollution of waste water from the pig slaughter house was characterizedby high content of ammonia (NH3), and typical pollution of the waste water of chicken slaughter was characterized by highcontent of hydrogen Sulfida (H2S). Intentional or unintentional disposal of the waste water from the animal and poultryslaughter house, had polluted the middle part and the end part of the water river. The level of water pollution in the middle part,was contegorized heavy for first class, second class and third class, but still in slight pollution for fourth class water. Meanwhile,the level of pollution at upper course of water river was still on good category for fourth class water, and still in slight pollutionfor first class and second class of water. 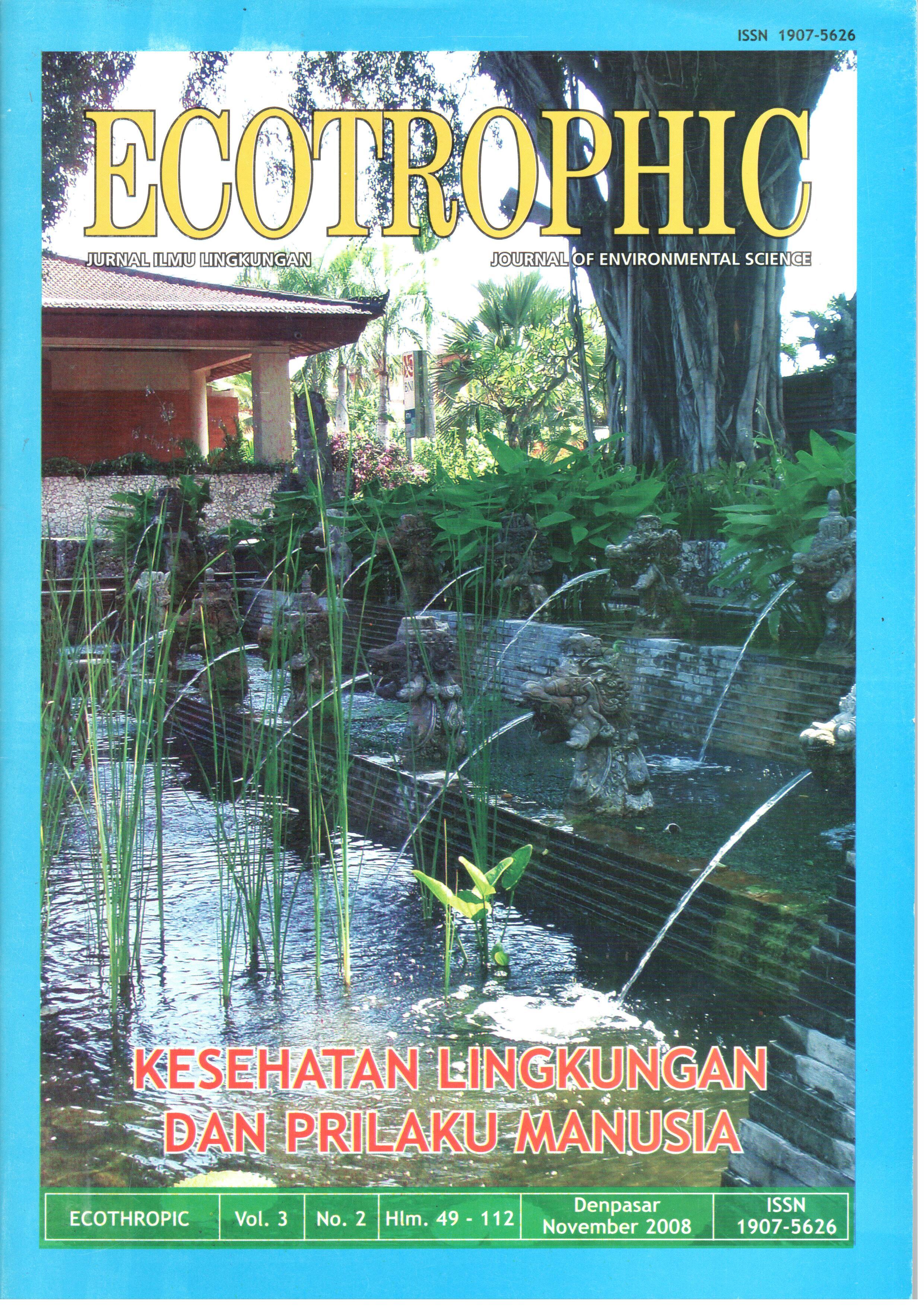