The total population of District Kuta Utara 2014 recorded 68.422 people with an average population density of 2,021 people/km2 while the number of tourism accommodation facilities (hotels, villas, restaurants) recorded 399 pieces. The rapid of population growth and the development of tourism accommodation facilities require ground water more increasing. Intake of large amounts of ground water potential to cause pollution/ sea water intrusion. This study aims to determine the quality of the groundwater, knowing distribution maps sea water intrusion and to predict the level of sea water intrusion coming years. This research method uses descriptive quantitative method. Furthermore, to determine the quantity and quality of ground water was measured groundwater levels and analysis of the parameters of temperature, total dissolved solid, pH, chloride, hardness and electrical conductivity of the 60 sample wells. Results of analysis of each of the key parameters that can be mapped and known overlay distribution maps sea water intruded area. The observation of the quantity and quality of groundwater in coastal areas of Kuta Utara subdistrict shows the range of the depth of the ground water level between -5.15 meters to -22.16 meters. Results of the analysis of ground water quality of the 60 groundwater samples showed that there has been a decline in the quality of ground water is as much as 14 samples total dissolved solid (TDS) the highest reaches 1,122 mg/ l, the highest electrical conductivity reached 1,677 ìMhos / cm and the highest chloride reached 532, 5 mg/l. Distribution maps sea water intruded area shows that in coastal areas troubled district of Kuta Utara indicated seawater intrusion, especially in the area of Petitenget and Batubelig, Kerobokan Kelod Village area of 78.44 Ha. Prediction of sea water intrusion in 2022 was highest in the area of tourism accommodation caused by ground water extraction enough much, kind of gray-brown soil regosol has a rough texture and high permeability characteristics so it is easy to pass groundwater. 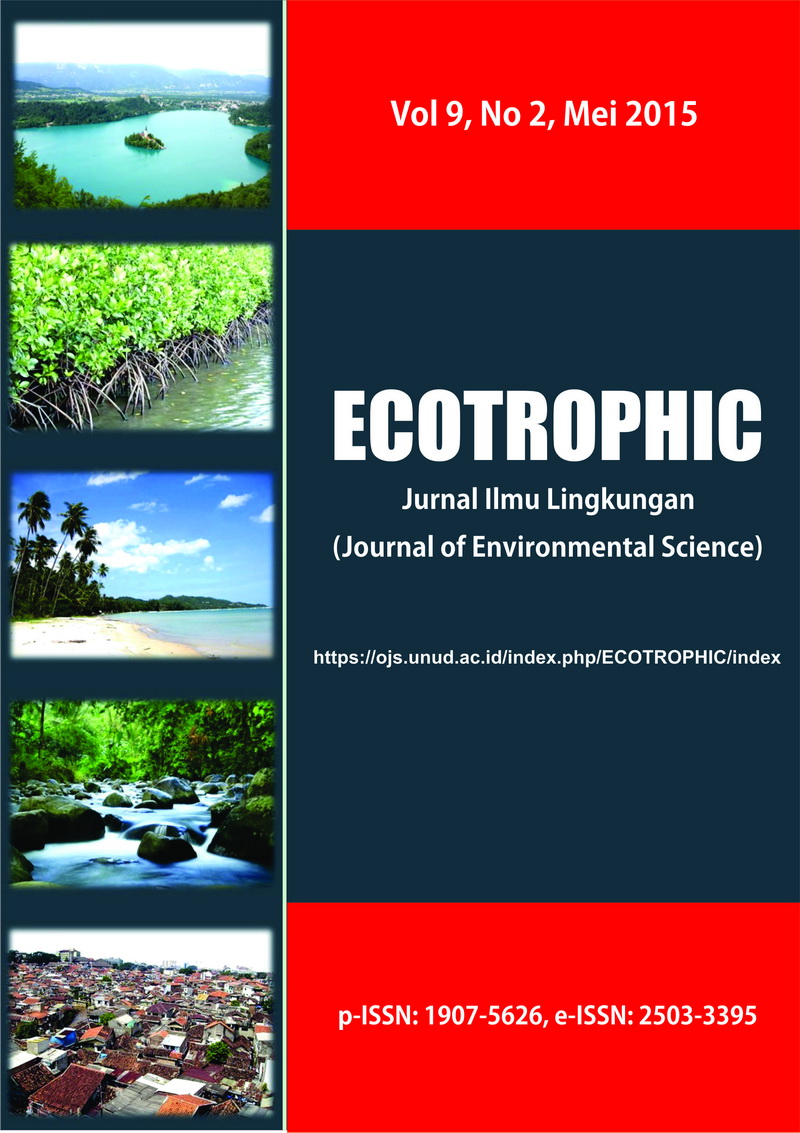