Trigona is a stingless bee, which has been found in tropical and sub-tropical regions.  Fifty species have been indentified in South East Asian region, but few studies have been conducted in Indonesia.  Plant species commonly differ in different altitudes, due to the climatic effect, therefore will affect the availability of food source for Trigona.  This study aimed to investigate the effect of different altitudes to the pollen types collected and used by Trigona as food resources and the distance of their foraging. Samples of Trigona were collected from 3 locations: Location I was in Mawang and Taro Villages at Gianyar Regency, Location II was in Tua Village at Tabanan Regency and Location III was in Ngis Village at Karangasem Regency. The altitudes of those three locations were 750.87 m, 493.007 m and 147.15 m above sea levels respectively. Pollen samples were processed using the acetolysis methods in the Plant Structure and Development Laboratory, Department of Biology, Udayana University and pollen identification was referred to the book of “Pollen Morphology and Plant Taxonomy” (Erdtman, 1972). The results showed that in some cases, the type pollen collected by Trigona differ in different altitude.  Pollen of Allamanda cathartica L was collected by the bee at Gianyar and Karangasem Regencies. Pollen of Capsicum frutescens L. and Euphorbia milii were collected by the bee at Tabanan and Karangasem Regency, while pollen Neomarica longifolia was found in bees in all three locations. The average distances of foraging of this Trigona bee was 147.15 m at Gianyar, 162.21 m at Tabanan and 53.61 m at Karangasem. 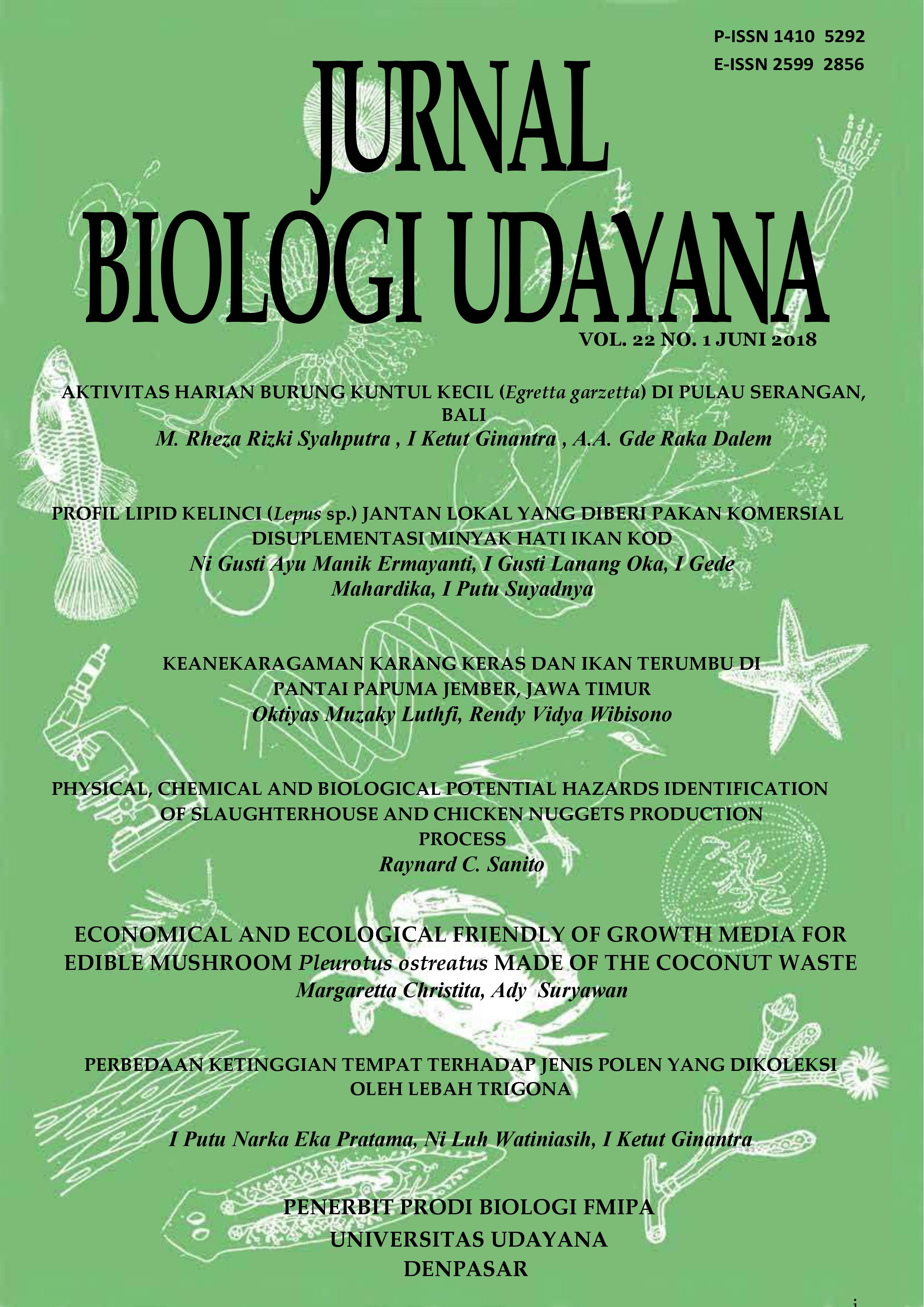